Alopecia Areata: The shame and embarrassment of this disease devastates the lives of too many women and girls when treatments do not work. Since 2007 Bald Girls Do Lunch has connected with over 3,000 to restore self-confidence and conquer isolation. With requests for meet-ups in every state and beyond the USA, Bald Girls is answering the plea for women to find others for community and support. From intimate groups to style workshops to restoring her looks, BGDL puts women on the track to normalcy and living well with this disease. Learn more...

FDA Hearings to Include Alopecia Areata

Join BGDL founder, Thea Chassin, Abby Asistio and local women of the Bald Girls Do Lunch network for a most special brunch. Abby, a self-described  “traveler, explorer & lover of all things fun, adventurous & beautiful” joins us to share her personal journey with alopecia areata and perform ” Beautiful”.

We’e giving away free scarves to all and a pink HeadBlade, too, to women or girls with alopecia.

Personal fashion stylist, Donna Blank, knows more ways to tie a scarf than you can count. Whether for your work wardrobe, casual clothes or your head, we’ll get tips and tricks to accessorize with confidence.

RSVP required for this special event.
Admission is complimentary for the first 30 attendees with the generous, anonymous donation of a special BGDL supporter. Great camaraderie, fun and give-aways, too.

Has your personal space ever felt a little too “personal?”  This year at the Consumer Electronics Show, designer Anouk Wipprecht debuted the Spider Dress.  The spider’s “legs” extend out to protect the wearer sensing threats either based off the breathing patterns of the person wearing it or if someone approaches too quickly.

Sometimes as women with alopecia, we are approached by others who feel it is ok to rub our heads or get in our personal space in a way that isn’t socially acceptable for people with hair, similarly to how people feel it’s ok to rub a pregnant woman’s belly… even if that woman is a complete stranger!

We want to hear from YOU!  Is this concept cool/not cool?  What are your personal experiences?  BGDL wants to educate on this topic and we want to know your experiences!

Fill out the survey HERE. 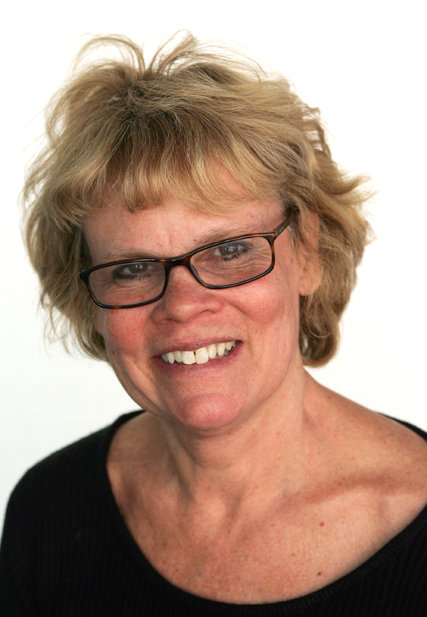 Recently, the world lost an important alopecia advocate, though you
probably never heard of her name. Barbara Strauch directed the Health
coverage since 2004 and Science coverage since 2011 for the New York
Times and was an unparalleled patient advocate.

As a journalist, Barbara sought to bring alopecia areata awareness to
the mainstream, spreading awareness with factual journalism, by
interviewing medical professionals and sharing the truth with the
world.

In a 2010 article, Barbara interviewed Dr. Wilma Bergfield, an expert
on hair disorders, who cleared up some misinformation that had been
spread about alopecia. Specifically, the difference between being “at
risk” for developing alopecia areata and actually having the
condition.

“Two percent of the population is at risk of developing alopecia. Of
that group, only 20 percent have alopecia totalis or alopecia
universalis, the rarest form. The disease is frequently associated
with allergies, thyroid disorders and, less commonly, with Crohn’s
disease, Type 2 diabetes and other autoimmune diseases.”

“In the course of her career, Ms. Strauch dealt with subjects as
diverse as space shuttle missions and police shootings, but she said
in the 2009 online piece that ‘sorting out health news is one of the
hardest I have run across, in part because of the hype and — more
alarming — the financial ties and conflicts of interest of many
researchers.’”

We will continue to provide the most accurate, up-to-date information
available information to ALL of our lovely ladies present and future in the Bald Girls Do Lunch
community. The world has lost a true journalistic gem, but her legacy
will carry on.

Our professional photo shoot about women with Alopecia Areata like never before.

Photos + Quotes = who we are and what we want the public to know.

Don’t miss this chance.  Be part of our ground-breaking presentation and tell your supporters  we are launching a Kickstarter soon.

Slots are still available in ORANGE COUNTY on March 20th and SAN DIEGO on March 22nd.

This LINK to Sign Up and be part of a special gallery show !

Click HERE to get  supporter alerts for the project’s Kickstarter  campaign!

We love options in how women (and men) choose to look … and of course who doesn’t love a sale? With the support of Todd Green, inventor of HeadBlade,  we now have our very own discount code for 10% off all sales of all models and accessories as many times as you want! Share Code BGDL at checkout with friends.

You are helping people with the alopecia areata skin disease.  Sales with code BGDL create a HeadBlade sponsor donation to the Bald Girls Do Lunch nonprofit. 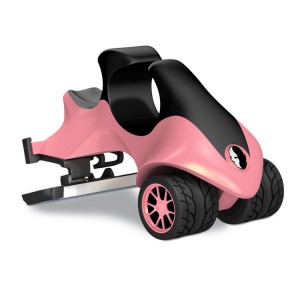